The Best Time to Travel Tibet

When is the best time to travel to Tibet? Our travel consultants have been asked this question multiple time and over the years we would like to give clients a clear-cut answer as the best time to go to Tibet. But unfortunately, there is not a simple answer for the simple question.

Tibet can be visited all year around. Every season has its own unique beauty. Accordingly, the best time to visit Tibet should depend what you want to see and do and your personal interests are.


1. When are the Best Months/ Time to Visit Tibet?

According to temperature, weather and scenery in Tibet, the best months to visit Tibet are the months of April, May, June, September and October - either side of the raining peak of July and August and the snow in winter from November to Next March.

If you are going to enjoy majestic Himalayan ranges, during the above best months, you will have better chance to enjoy the grand panorama of Mount Everest summit. In July or August, it can be overcast, leaving the mighty mountain shrouded in cloud. 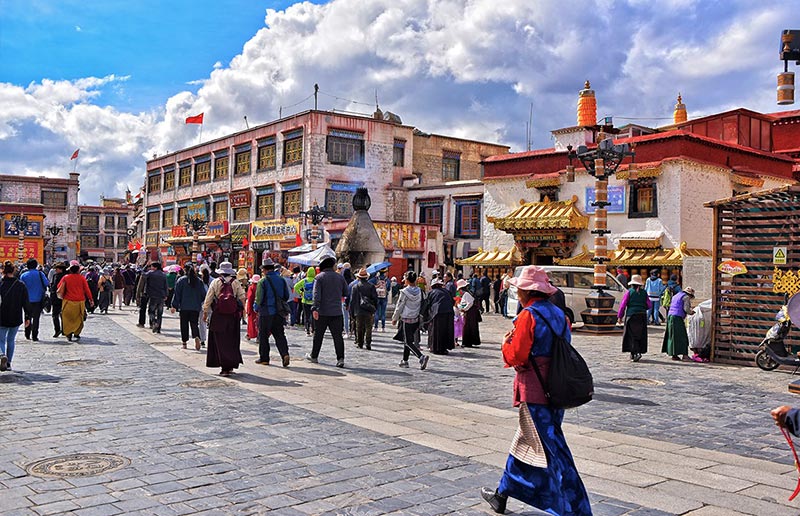 2. The Temperature and Weather of Tibet

Although the temperature is changeable, we listed the below temperature for your reference here.

2.1 The Average Temperature Daily and the Historic Records

2.2 The Temperature of Daytime and Night

Spring in Tibet should be the months of March, April, May. It is still freezing even snowing in some high altitude areas during the early Spring. In daytime, you will feel little warm but ramains chilly at night in late April and May.

March: In Tibet, it is still dry but slightly wetter than January and February. The humid air brings and rain and snow, especially in Nyingchi of southeastern Tibet. Although the peach blossom in March is beautiful, also please pay attention to keep warm.

April and May: The temperature increases and the weather becomes warm generally, melting ice and snow and opening many areas to visit. This is still in the dry season so you’re likely to have clear skies and great views of the mountains. The average temperature at the low altitude areas can up to around 20℃(just under 70℉). It gets a little busier with more visitors travelling to Tibet. Coming to Tibet during the period, you will see snowy mountains and frozen lakes. Flowers all over the mountainside begin to bloom and the trees turn green. 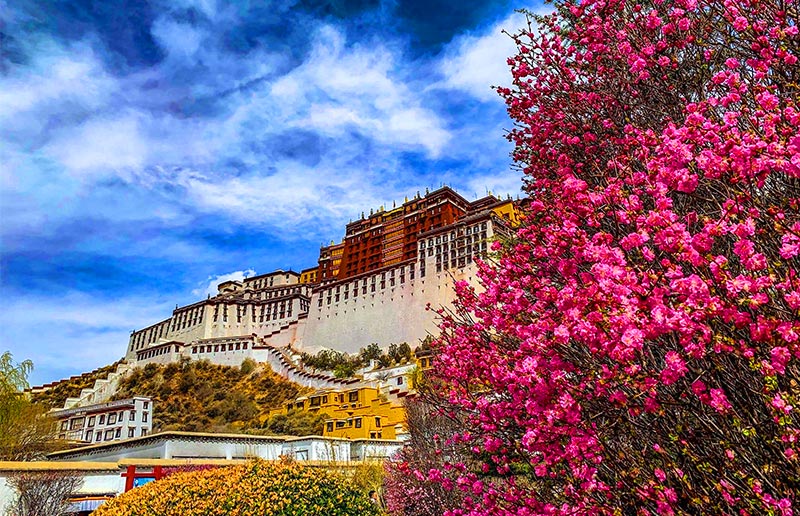 The months of June, July and August are the Summer in Tibet. During these months, you will feel the pleasant warm in the daytime. The temperature drops largely at night in most of Tibet regions. Meanwhile, the rainy season is coming in late June.

June: The temperatures get warmer and warmer. The period offers the best time and pleasant condition for trekking or hiking in Tibet.

July and August: This period is rainy season in Tibet. Many natural disasters happen, such as landslide, mud-rock flow, flood, etc. The mountains are often covered by cloud. You will not get a clear and panoramic view sometimes.  However, the temperatures are also mild and pleasant. And these two months are the good time to see alpine flowers and rhododendrons all over the mountains and plains.

The Autumn of Tibet comes in the early September when rainy season ends. It is very short and has just two months which bring another best time to travel to Tibet. With the good temperature and weather, you can see picturesque scenery: blue sky, yellow leaves and snow-covered peaks, etc.

In Tibet, the winter is very long, almost from November to next February. In winter, it become very cold and dry at daytime and extremely chilly at night. It snows but seldom rains during this period. The roads to remote and high altitude regions like Nagri and Namtso will be blocked due to heavy snows and frozen road.

November and December: The weather is typically dry, sunny and very cold, with the temperatures dropping well freezing at night. Few tourist choose to travel to Tibet during this time, so tour cost will decrease much accordingly.

January and February: it is also typically cold but dry and sunny, with the temperatures dropping below freezing at night.